Depression and the Microbiome

Can the bacteria in our gut affect our brain function?

PTSD is a complex problem, and diagnosis is not always easy as the effects manifest themselves in different ways…but it is fair to say that Depression is usually one of the symptoms and ‘curing’ it is not as simple as administering antidepressants as these do not necessarily solve the underlying cause. So doctors have begun to look at treating the patient holistically and that led to the link between the brain and the gut because there is a key, physical link that relays information between the two..and that link is the vagus nerve. The vagus nerve relays information using molecules called neurotransmitters and they found that approximately 80-90% of nerve fibres in the vagus nerve go from the gut to the brain.

Interestingly, this connection is part of our everyday language…having a gut-feeling. Or a gut-wrenching moment. If we feel nervous we say we have ‘butterflies in our stomach’.

So… to the gut, or more specifically, the micro biome.

What is a microbiome?

In layman’s terms, it is like having a compost heap inside you…if you love it and feed it with good stuff, it returns the love and helps to keep you well. But if you feed it trash then it returns that favour too.

There are over 1,000 species of micro-organisms in the gut, consisting of over 3 million genes which are important to our wellbeing. They perform many functions other than regulating our immune system. These include aiding in digestion and presentation of vitamins and minerals for absorption, regulation of metabolism and the prevention of obesity. Once upset, these regulatory functions can be affected, resulting in autoimmune diseases, metabolic diseases, obesity and gut problems and even cancer (lymphoma) Other conditions linked to upset gut bacteria include mental and psychological conditions like anxiety disorder and depression.

Gut health is a pet topic of mine and I covered it in my book Turn Back Time, written with Carole Malone a couple of years ago. Carole was diagnosed with depression and we worked to solve her problems by addressing her gut health.

Here’s what she had to say:

Depression. It’s such a small word for such a gargantuan thing, such a life changer. Yet for most of my life it was a word that didn’t touch me personally – it didn’t enter my experience. Of course I’d read about it. I knew people (only vaguely) who suffered from it. But the truth was, I didn’t want to get close to it, because I thought it was an excuse for not dealing with life, with problems. I am ashamed to admit I thought people who were depressed were weak – people who couldn’t or wouldn’t cope. And by calling it ‘depression’ that was an excuse for them not doing what had to be done, i.e. pulling themselves together. I believed the minute someone said they were depressed it was categorised as an illness and it stopped them from having to take responsibility for dealing with it. If you’re ill it’s not your fault, is it?

Of course, I look back now and know how terribly wrong I was, but for decades I was impatient with it. If I even got close to feeling ‘depressed’ i.e. ‘fed up with the world’ I’d give myself a good talking to. And I’d snap out of it. But then being fed up with the world isn’t depression – it took me getting it myself to realise that.I used to wonder what was wrong with all this other people who either couldn’t be bothered or didn’t have have the will to do what I’d done – to snap out of it and just get on. Little did I know they literally couldn’t. Then I hit the wall…the big black wall that threatened to fall down and engulf me.

In my case it was when the News of the World, the biggest selling paper in the UK, closed and I, like all the journalists, lost my job and in my mind a career of 35 years was gone. I was finished. Untouchable. Unemployable. I started to drink more. And I ate more than I should – all the wrong things, obviously. I’d sleep for hours at a time for the simple reason I didn’t want to be awake and face the horrible reality of my life. I did zero exercise (what was the point? I had nothing and I was going nowhere). Every morning I woke up in a fug of anxiety and panic. And every night I woke at some ungodly hour, obsessing about a future that looked empty and bleak. I was angry and resentful and picked arguments with everyone because I thought that if I fought with them enough, they would abandon me, which would make it easier to sink into the abyss into which I wanted to hide. One brave friend suggested that I might be suffering from depression. I bit her head off! Then realised that she may be right so I went to the doctor who told me to try antidepressants, but I knew that this was not the right route for me.

It was during a consultation with Dr. Aamer Khan (for botox and fillers since you ask!) and I told him how I was feeling. He suggested I have some tests, specifically DNA and adrenal stress tests, and referred me to a nutritionist who talked me through what I ate, my lifestyle and my feelings. My test results came back and apparently my cortisol levels were off the scale so we began working together to solve my problems.

Carole is now back on track with her life and her depression is under control primarily because we rebalanced her micro biome so it is functioning normally, but if her comments and symptoms resonate with you, I would urge you to get yourself tested. 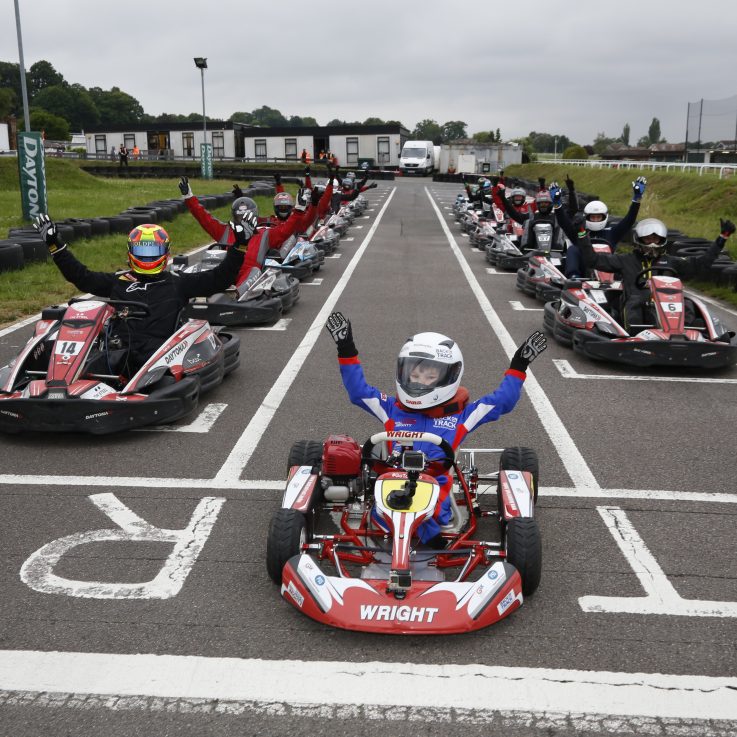